To provide an optimal infrastructure, utilizing centralized resources and shared expertise, to accelerate the development of effective interventions for Alzheimer’s disease in Down syndrome.

The ACTC-DS recently launched the Trial Ready-Cohort for Down syndrome (TRC-DS). TRC-DS will enroll 120 participants with DS into a longitudinal study which includes brain scans, blood tests, memory tests in advance of upcoming randomized, placebo-controlled clinical trials for Alzheimer’s disease in Down syndrome. Participants in TRC-DS will be provided the opportunity to enroll into these clinical trials aimed at preventing Alzheimer’s disease in Down syndrome. 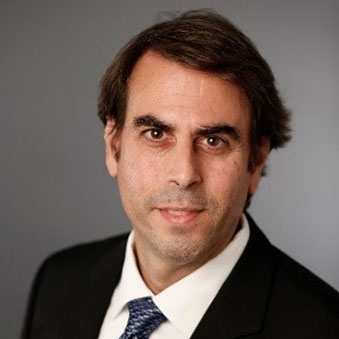 “It is an incredibly exciting time in the Alzheimer’s field with many potential treatments being evaluated. We aim to bring the latest therapies to the DS community.”

Michael Rafii is a board-certified neurologist and Associate Professor of Clinical Neurology at the Keck School of Medicine of the University of Southern California (USC). He is also Medical Director of the Alzheimer’s Therapeutic Research Institute (ATRI) and the NIH-funded Alzheimer’s Clinical Trial Consortium (ACTC) where he oversees safety across all clinical trials. He received his MD and PhD degrees from Brown University School of Medicine and conducted neurogenetics research at Harvard Medical School. Dr. Rafii completed his Neurology residency at the Johns Hopkins Hospital where he also served as chief resident. He then completed a fellowship in dementia at UC San Diego.

Dr. Rafii’s research focuses on the design and conduct of multi-center clinical trials for Alzheimer’s disease including a genetic form of AD which occurs in Down syndrome. Dr. Rafii is co-editor of the textbook ‘Common Pathogenic Mechanisms between Down Syndrome and Alzheimer’s Disease: Steps toward Therapy.’ He is a scientific reviewer for the National Institutes of Health and the Alzheimer’s Association. His work has been featured in the New York Times, Chicago Tribune, Wall Street Journal and on National Public Radio (NPR).